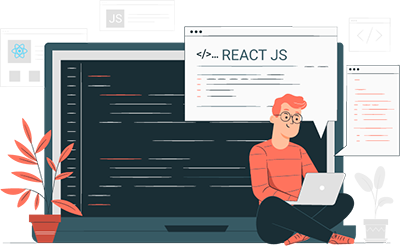 Hire one of the topmost react js development company that assist you to create world-class software which will upscale your business.

ReactJs, an open-source JavaScript library backed by Facebook, is a modern-day front-end development library used to construct modern web applications. React is leading the pack of front-end JavaScript development governed by React, Angular, and Vue. As an optimal basis for the quick-changing data to be registered, ReactJs can be practiced in developing single-page or mobile applications. Nevertheless, data collection is barely the starting of the web page; however, complex ReactJs apps ordinarily require the usage of additional libraries for state management, routing, and communication with an API. Redux, React Routers, and Axios are examples of these libraries. 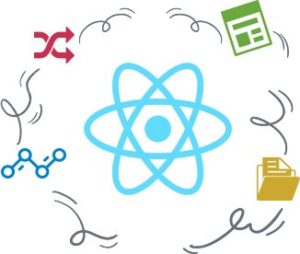 We assist you effortlessly move your existing website to ReactJS and experience a user-friendly interface, security, and intuitive site.

Get custom-tailored plugins and extensions for your ReactJS web and mobile apps and open-up further revenue possibilities.

Our developers create wide-reaching portals with easy access according to client requirements, which are customizable and extensible.

ReactJS is famous for front-end development since whenever a new change is made, it suddenly patches the updates on the real DOM after that re-calculates the differences between the two versions.

Mango IT has far-reaching experience in developing extremely scalable web apps employing ReactJS. The web apps we build for you are SEO-friendly, responsive, and high-performance.

We develop winning and interactive UI designs for your apps and web interfaces. 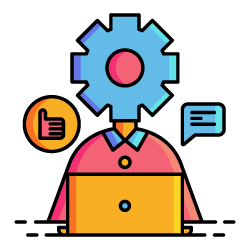 Mango IT ensures you of healthy and convenient ReactJS development support yet after the development process. Our specialists will address your issues and ensure that ReactJS solutions remain to deliver for you. 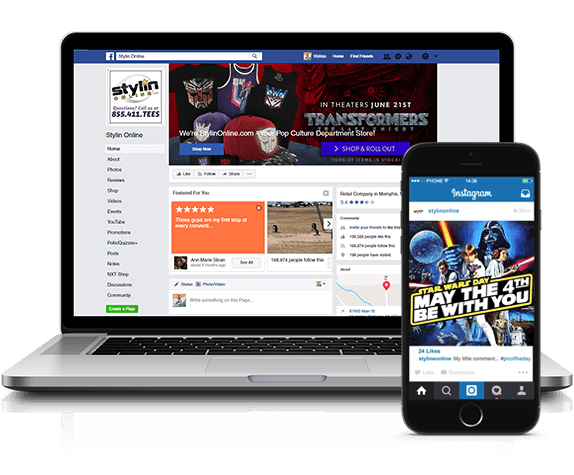 It is exceedingly well-organized with a large amount of versatility and high performance because of the framework, which forms a virtual DOM where its components occupy.

ReactJS is Profoundly handy as it encourages various platforms such as web, iOS, and Android.

The React JS framework arises with a series of components that can be shared and recyclable time and again.

As opposed to other JavaScript frameworks, ReactJS is SEO-adaptable as page content can be refreshed by re-rendering only that segment.

The applications built applying this framework are accessible to test as its contrasting views can be marked as functions of the state.

The ReactJS performs no assumptions about the rest of your technology stack. It proffers the versatility to try it out on a minute feature in an existing project.

React JS executes one-way reactive data flow, which decreases boilerplate and is simpler to reason about than traditional data binding.

Why Mango IT Solutions?

Explore why solution seekers
in over 70+ countries choose MangoIT Solution?

As a trusted web development company, we offer top-rated eCommerce website development services helping you get the best Return-On-Investment (ROI). We ensure to include the most advanced technology and in-depth research in building your eCommerce store or website.

Grounded with a powerful business strategy, our eCommerce application development solutions are designed to provide enhanced customer experience to our clients. Here is how we will serve success to you :-

Our promise to meet deadlines has been consistently maintained for the past 14+ years helping us earn our clients’ trust.

Get a highly customized mobile-friendly eCommerce store developed to let your customers access your store easily across various platforms.

Our post launch aid and 24*7 support services will help you effortlessly solve all eCommerce store problems guiding you on every step helping you focus on business growth.

We provide excellent services under affordable pricing that has helped us earn a reputable position among our clients.

Our understanding of advanced technology clubbed with expert development skills has helped us create competitive solutions for our clients.

Get beautiful designs and customized layouts suiting your business persona and create an effective online presence.

Our services in React Js

Why does my business require ReactJS?

ReactJS is an open-source JavaScript framework and is an excellent selection for developing engaging and productive user interfaces. ReactJS is resourceful, flexible, easy-to-use, and capable of creating scalable client-side for web and mobile apps, but particularly for single-page apps. ReactJS encourages fast development and empowers developers to build spontaneous, appealing apps with the least coding and high-quality rendering.

What are the variety of features of the ReactJS framework?

Declarative: ReactJS advises developers to create interactive and dynamic UIs for mobile and web platforms, including forthright views for each state in the app.

Virtual DOM: For every DOM object, ReactJS gives a corresponding virtual DOM, which essentially is a virtual copy of the original DOM. The virtual DOM is a one-way data-binding process.

Event handling: React generates its event system and grants a cross-browser interface to a native event, making it attractive for web development.

JSX: JSX is a markup syntax and a mixture of Javascript and XML. It makes it simpler for developers to compose React UI building blocks by forming and using HTML strings closely mirroring the HTML they will inject into the web page.

Performance: ReactJS employs Flux controls, which lets developers apply one-way data binding in the app architecture. That permits developers to modernize the View for the user.

Component-Based: ReactJS is solely component-based, i.e., the web page is divided into small components to create the UI. Every section of the app is like a self-contained module written in JavaScript instead of templates, enabling the developers to transfer rich data through the app and keep the state out of the DOM.

Why do I require ReactJS web app development for my business?

With such great features, it’s evident that ReactJS is the dream framework for web app developers. ReactJS uses new technology for your web app development and is perfect for building high-performance, dynamic web apps. Besides, ReactJS has immutable data structures, which means faster growth, and has excellent features like using components to develop new features in React without asking developers to rewrite existing code.

Why should I choose Mango IT Solutions for ReactJS development?

Mango IT has given numerous ReactJS development famously for influencing brands across the world. Our expertise crosses multiple domains and industries, and we appreciate that each business has individual requirements. Instead of taking a one-size-fits-all approach, we bring a consultative approach and deliver a ReactJS solution that feeds your demands.

Security assurance, confidentiality, endless work support, availability of sources, team help, coding best practices, value for money, maintenance are some are the reasons that you should choose Mango IT Solutions as your React.JS development company over a freelancer.

How Can We Help?