5 Reasons to Use React Native for Mobile App Development 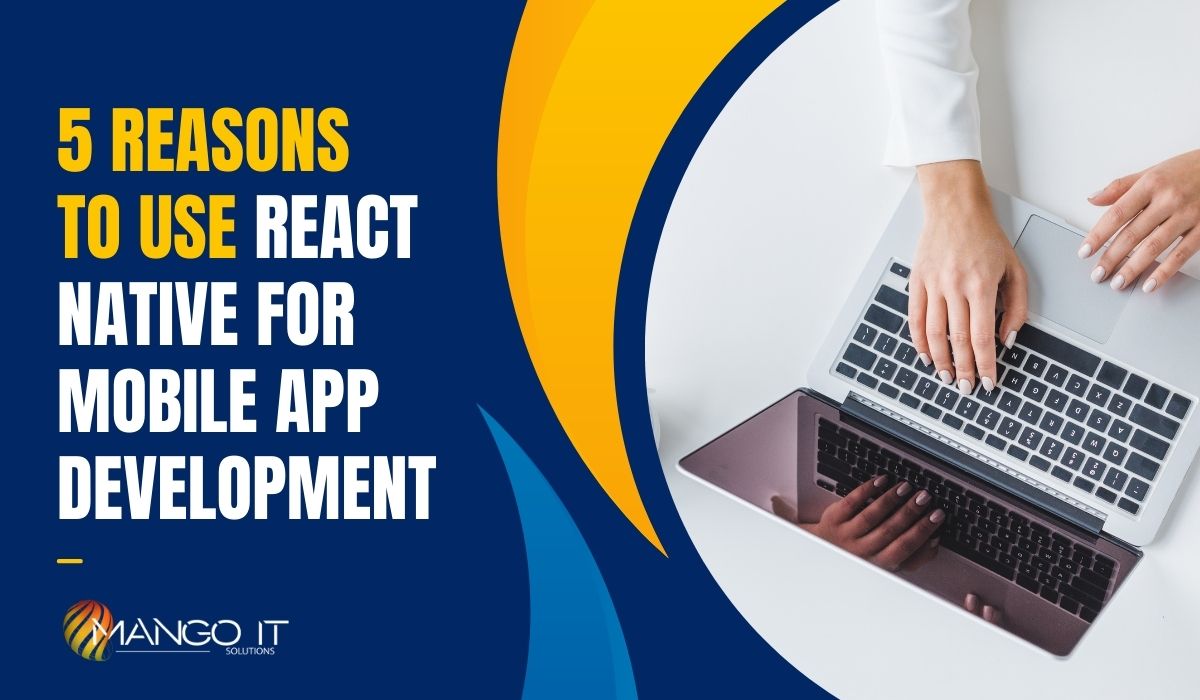 React native for app development has attracted attention of many leading developers and business giants in real quick time. It’s a single-code framework used to develop cross-platform applications for both iOS and Android platforms.

Why You Should Use React Native for Mobile App Development?

Whetting your curiosity to know the main reasons that made React Native the preferred choice of businesses and developers for building mobile apps. So, here we go.

One of the main reasons behind the widespread popularity of react native for app development is the use of one codebase. This enhances the performance of cross platform apps and outperforms native apps. React Native uses React JS with native UI library and native APIs to write the base code of one application that can run on both iOS and Android platforms. So, you don’t have to hire separate developers to build apps for iOS and Android devices.

Agility, speedier app development and providing an overall good user experience are the notable advantages offered by React Native. It provides users a truly native experience. The same code can be easily used for deployment on both iOS and Android platforms, leading to the shortening of the development cycle. This consequently reduces the time and cost of development. The use of React Native brings down the development efforts to a considerable extent without affecting the app’s quality or productivity.

It is not easy to develop completely new software for any mobile application. But with the React Native framework, it becomes easy as the same is managed by Facebook which has a wide range of JavaScript libraries. With the use of these plugins, you can make your mobile app a better performer to the great extent. So, for instance, if you want to add Google Calendar or Google Maps to your basic app, then through React Native, you can link to any plugin with a Native or third-party module.

What binds your customer to your mobile app is his overall journey within the app. React Native helps you create unique and compelling UIs through pre-built declarative components, such as Button, Picker, Slider, Switch, and so on. You can use TouchableNativeFeedback and TouchableOpacity to make your own components. There are many other Android and iOS-specific components available to make it work efficiently on iOS and Android mobile devices.

This is one feature that probably sets React Native apart from all the other frameworks available in the market. It has a hot and live reloading function at its core. With this feature, the developers can work with the code changes in real-time and fix them when the application is loading. While hot reloading reloads only a particular area of the change, the live feature automatically reloads the complete application after making changes. This eases the overall development and testing process.

To conclude, React Native for app development delivers a lot of unique benefits. It is faster to build, offers better quality, gives you the experience of a native app without developing one, and much more. However, we will stick to our ideology of choosing a technology; your choice of technology stack largely depends on your business requirements. But to summarize it all, if you want to develop an all-time hybrid as well as a Native mobile app, that is user-friendly and provides a seamless user-experience, you know where to turn to.

Things To Do Before Upgrading Your Store To Shopify Plus