React vs Node JS: What Is The Difference? 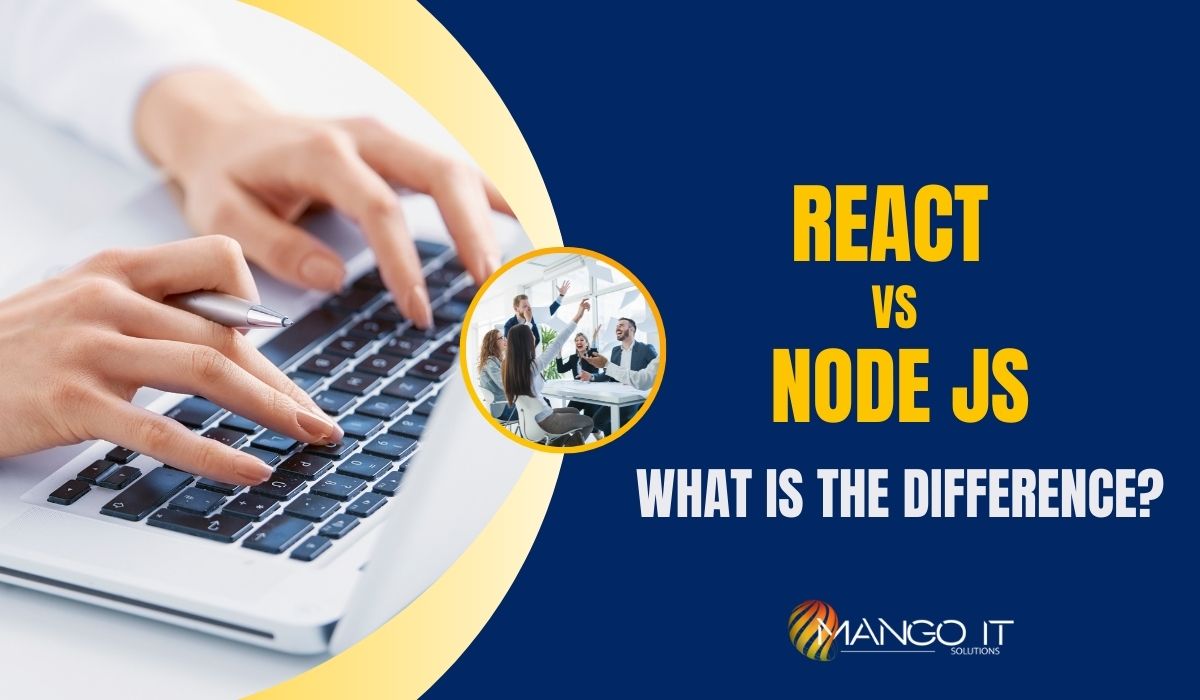 So, if you wanna find out the one you should prefer for your next JavaScript project, carry on. In your pursuit of React.js vs Node.js comparison, we have made it easier for you to make the correct choice for building your web application.

Here’s everything you need to know about the two buzzing Javascript technologies.

React (also known as React.js or ReactJS) is an open-source front-end JavaScript library that facilitates building interactive user interfaces. It can also be used as a base on the development of single-page or mobile applications. React.js allows the development of a dynamic library with high performance. For instance, this technology is used to show newsfeed while people are chatting.

Node.js is a technology that helps to build the back-end of applications with JavaScript. Interestingly, Node.js is powered by Google Chrome’s V8 JavaScript engine. Node.js is effective and lightweight because it uses an event-driven and non-blocking I/O model. Developers prefer Node.js for hosting APIs, serving HTTP requests, and accessing the database.

Netflix, Trello, and Uber are a few esteemed companies that are bound to Node.js for their development needs. So, here are all the reasons why such giant companies prefer Node.js over other frameworks.

Netflix, the leader of online video streaming, conducts A/B testing to provide 93 million users with a rich experience. The platform faces problems of conditional dependencies and app scalability. To solve these issues, the company has chosen Node.js for its fast speed and that it’s lightweight. In this way, Netflix has managed to decrease startup time by 70%.

React.js vs Node.js – The Ultimate Battle

Comparing React with Node is like comparing apples to oranges. While one is a library that deals with the frontend, the other is a core library for backend development. Both are modern technologies applied by many successful businesses. So, if you want to create a sophisticated yet scalable server-side web application, like an online streaming platform, your choice is Node.js. To create a project with changing states, like dynamic inputs, buttons, and so on, React.js is your perfect match. However, you can use both technologies for your web app. You can create the front-end of the web app with React and the back-end with Node js, as Netflix did.