Backend technologies like PHP and Node.js are widely used in web applications today. PHP is older than Node.js, it has a larger community and more significant projects. The PHP community has noticed a dearth of current projects. Node.js has been surprisingly effective in gaining a large user base across modern projects. 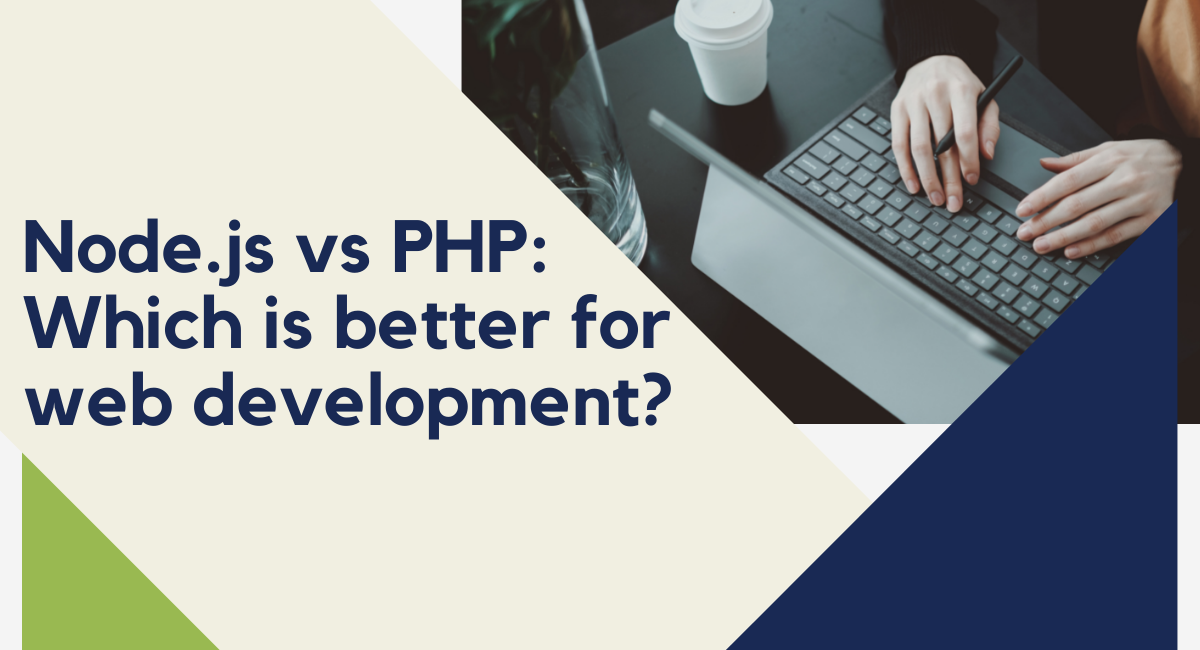 However, while both Node.js and PHP are capable of handling complicated applications, their designs and philosophies are distinct. You may find it challenging to choose amongst these programming languages if you are an app or business owner. This article will provide you with a detailed comparison of Node.js vs PHP. You will also get answers to all your queries and be able to choose one that best suits your business demands.

Compared to other back-end programming languages, Node.js is a newcomer. But its appeal isn’t without cause. JavaScript server-side programming with Node.js was made possible. JavaScript stacks were now being used on both the front-end and back-end of websites, causing a little revolution in programming.

Node.js vs PHP – A Detailed Comparison

So, NodeJS vs PHP performance? Which is better: Node.js or PHP, let’s understand.

You can achieve more with less code if the syntax is simple and well-engineered. While Node.js requires more code than PHP to perform the same tasks, it is not as complex as it appears. The complete development environment is programmed in Javascript, so you don’t have to remember many languages’ syntax. So, while Node.js requires more code, it only supports one language at a time.

Over the years, PHP has grown in popularity. A function in PHP may appear simpler since it takes fewer code lines. But, then you need to know how operators and generators function in Linux, Apache, MySQL, and PHP (commonly referred to as LAMP).

Some real-world projects and settings speed up PHP. For example, Facebook created Hack, a PHP-friendly application. All the Hack does is speed up current PHP code. Faster Node.js performance tends to please even the most demanding PHP developers. The team’s expertise and experience obviously contribute to performance. Node.js has numerous advantages over PHP.

All PHP requests must go through the web server, which runs the PHP interpreter and serves the code. For example, a server-side framework like Node.js maintains elements of your programme and doesn’t require as many dependencies as PHP.

Node.js is lighter and more flexible. This is owing to Google’s legacy, which contributed significantly to the performance of the JavaScript V8 engine.

Input/output stream that is event-driven and non-blocking. The blocking model is used by PHP and most other server-side languages. When you make a request to retrieve data from a database, the request is executed and the procedure is completed before going on to the next statement. The second technology, Node.js, clearly wins the Node.js vs PHP fight. You won’t have to wait here. Instead, construct a callback function that listens for the process and runs it once the activity is finished.

Despite the fact that Node.js apps are substantially faster than PHP applications, there are certain drawbacks. Most web servers are multithreaded and process requests simultaneously, therefore Node.js works on a single thread.

Because functions, libraries, and APIs are already given, frameworks allow you to focus on the details of your project. The framework’s size reduces the amount of redundant code required.

Node.js library has grown significantly in a short time because of frameworks like Meteor, Derby, Express, and Sails. However, PHP frameworks outweigh Node.js by a wide margin, lowering development time and resource usage.

PHP has had a comprehensive framework library since 1995, each with its own niche market. As a matter of fact, certain development firms specialize in PHP frameworks like Laravel and CodeIgniter.

It’s difficult to maintain backward compatibility with PHP because the syntax changes with each release. Moving code from one version to another is simple. This method has resulted in a disaster in PHP.

Unnecessary duplication of functions is a major flaw.

There are a few dominant tendencies in JavaScript. Intuit’s object-prototype model fascinates developers, and the syntax appears simple. Math mistakes have been criticized. Math libraries can readily tackle these cases, which rarely cause problems.

Incomprehensible as it may appear, other languages pale in comparison to JavaScript’s flexibility. A full-stack developer may write JavaScript client and server code. And you don’t have to swap technologies anymore. JavaScript becomes more enjoyable as it is learned. Unlike PHP.

The discussions between Node.js and PHP will undoubtedly continue as both languages evolve. The speed advantage is evident with Node.js, but PHP offers more resources and support. The objective of all languages is the same. Choosing one over the other isn’t always advantageous. Both are best for some reason.

Things To Do Before Upgrading Your Store To Shopify Plus